Wekalet El Ghouri is a cultural center, located in a beautiful building in the area of El Azhar, Cairo, whose activity has been managed since 2005 by the Ministry of Culture and the Fund for Cultural Development (CDF); today El Ghouri has become a real reference point for the offer of cultural events, among which the most popular is celebrated weekly in the dance show El Tannoura.

This type of performance is based on the well-known dancing ritual practiced by the Dervishi, to which musical instruments and some other elements of the local tradition have been incorporated.

The history that marks this area of Cairo is full of events. During the Mamluk era, the ‘Wekalet’ Sultan el Ghouri (the ancient caravanserai whose construction took place at the behest of Sultan Qunsuwah el Ghouri) was an of the numerous parking, rest and traffic points for the many traders who traveled the legendary commercial caravans, which sometimes traveled whole continents.

The setting of this beautiful palace is Al Azhar, an area adjacent to the famous Khan el Khalili market and dotted with other major cultural centers, such as Beit el Harrawi, Beit el Sehaimy, El Tannoura Performance. 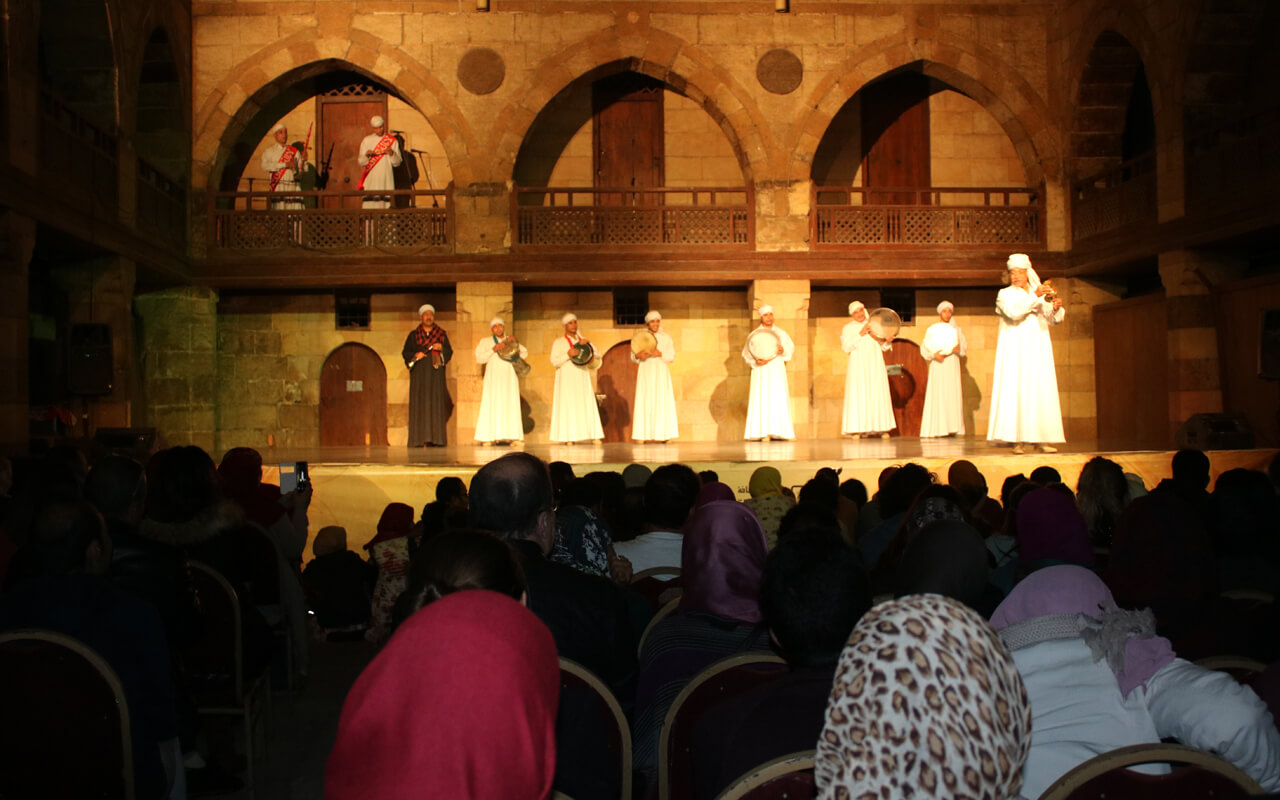 The popularity of this event will require a bit of patience, given the long line that punctually forms, for the many tourists and locals who want to attend the magnificent show. This takes place in three stages, the first dedicated to vocal performances, the second to the heart of the Sufi rite, (El Darwish), the third, more desecrating, in the explosion of dances and performances of colorful traditional costumes.

Those who have had the opportunity to attend a performance of dancing dervishes will immediately notice the most colorful and flashy style, both in music and dance, due to the influence of elements of Egyptian popular culture.

However, there remains the act of religious value, for which the pose of the dancer turns one arm to earth and one to heaven, with the precise symbolic value of the connection between the two levels.

The circular movement of the dancer represents the distance from the earthly dimension, until reaching ecstasy, in an attempt to connect with the heavenly dimension.