The picturesque island of Tiran

Tiran Island Egypt is located between Sharm El Sheikh and Saudi Arabia, at the point in the Gulf of Aqaba where the distance between the Sinai Peninsula and the Arabian Peninsula is reduced to a few kilometers. The island of Tiran, Egypt is visible from all points of the coast of Sharm El Sheikh and is one of the most pristine areas of the Red Sea. 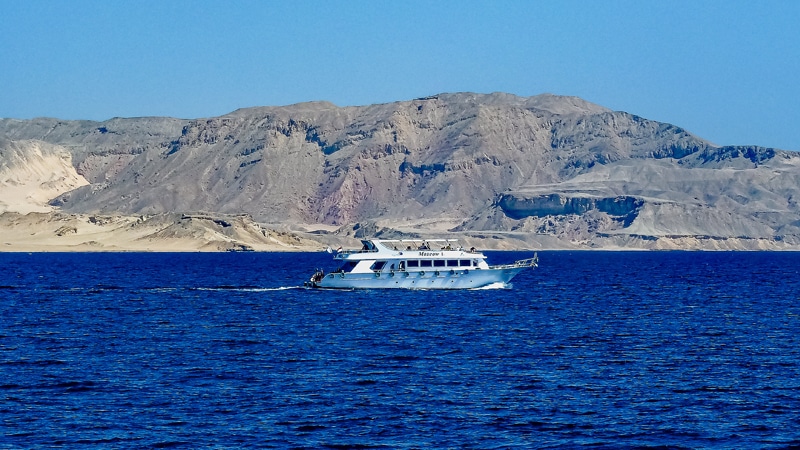 The island is completely devoid of any form of civilization and the surrounding seabed is characterized by the presence of four beautiful coral reefs: the Jackson reef, the Woodhouse reef, another reef called Thomas, and finally the one known as Gordon.

The richness and variety of the seabed make it an ideal destination, both for diving enthusiasts and for those who simply enjoy snorkeling.

Its particular strategic position has made it the subject of controversy in the past, but also in recent years. In fact, in 2016, following an agreement with Saudi Arabia, the first administratively Egyptian island, but located in Saudi territorial waters, was declared Saudi territory. 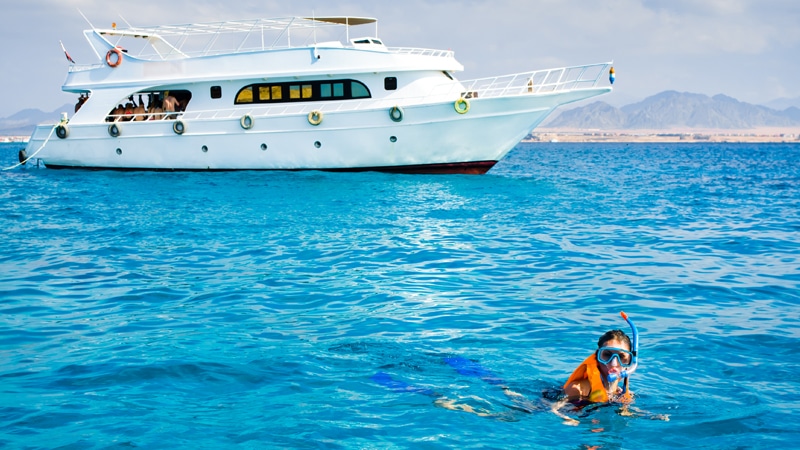 A historical curiosity about Tiran Egypt :

Tiran Egypt could be the island that Procopius called Lotabe, which was an important toll station for navigation in the area, but other hypotheses identify Lotabe in other islands in the Gulf of Aqaba.

In 473 a Saracen named Amorkesos conquered the island and appropriated the income, but the Byzantine Empire regained it again 25 years later, granting autonomy to its inhabitants, who had been subject to the payment of taxes on goods exported to India.

There is no mention of Lotabe in reports of Islamic conquests, which suggests that the island was uninhabited at the time.

The diving area of Tiran is only accessible by boat, of course. The names of the four reefs are those of four British cartographers. The seabed, as already mentioned, is particularly famous internationally for the extraordinary variety of corals it is home to, but also for the extremely strong currents that pull southwest and have created the ideal environment for the spread of pelagic fish. 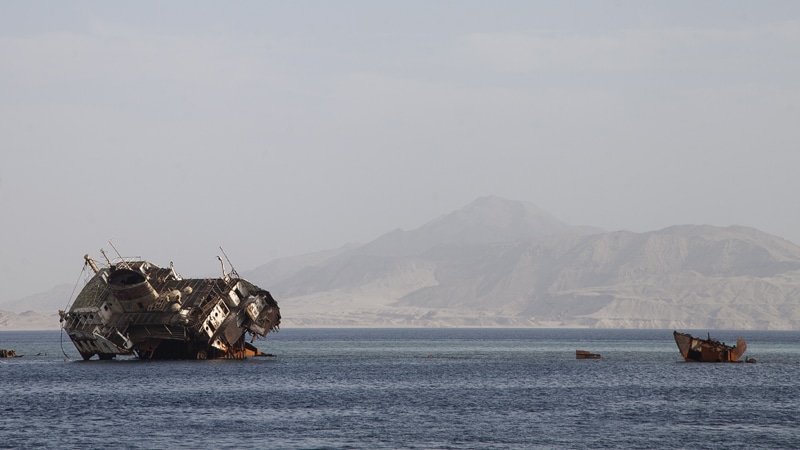 The island has no drinking water sources, and its only inhabitants are seabirds, turtles, and three UN military observers. There is a military base in the northwestern part of the island, and all the beaches around it are mined.

Therefore, tourists should not go ashore and try to explore Tiran Egypt on their own. Such actions are illegal and can be life-threatening.

However, despite such features, the popularity of the island is only growing, as here you can see the incredible beauty of the underwater world and stunning nature. It is here that active tourists who dream of diving and seeing the bright and colorful underwater world seek. 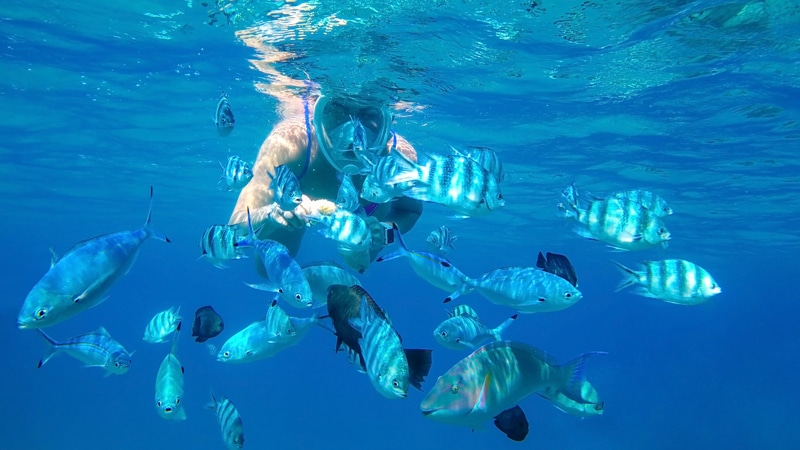 Depending on which excursion you choose, the number of dives changes, but in general, there are no more than three of them. It is worth noting that some areas near Tirana are characterized by strong currents, so independent diving can be dangerous.

Experienced diving and snorkeling instructors have divided the area for diving, and have developed special routes, where it is absolutely safe and as beautiful as possible. The main inhabitants of the island’s water area are turtles, dolphins, colorful schools of curious fish, a variety of algae, shells, and bizarre corals.

From afar, the legendary island resembles a stone giant emerging from the depths of the sea. A reef barrier runs along the entire perimeter, and at the very coast, there are wrecks of sunken ships, giving Tyrant a formidable, unapproachable, and warlike appearance.

What interests tourists about Tiran island?

The fact that in the region of Tiran Island there are beautiful coral reefs: from the south to the north are Gordon, Thomas, Woodhouse, and Jackson.

The reefs were named after 19th-century British travelers who were the first to map the area. The Tiran Islands hide a virtual coral reef on the seabed, lie at the entrance to the Gulf of Aqaba and almost block the way to the Red Sea.

There are only two narrow straits that allow passage through: the Enterprise in the West and Grafton in the East, where the depth is 360 meters, quite shallow compared to 1,800 meters north and south of here. 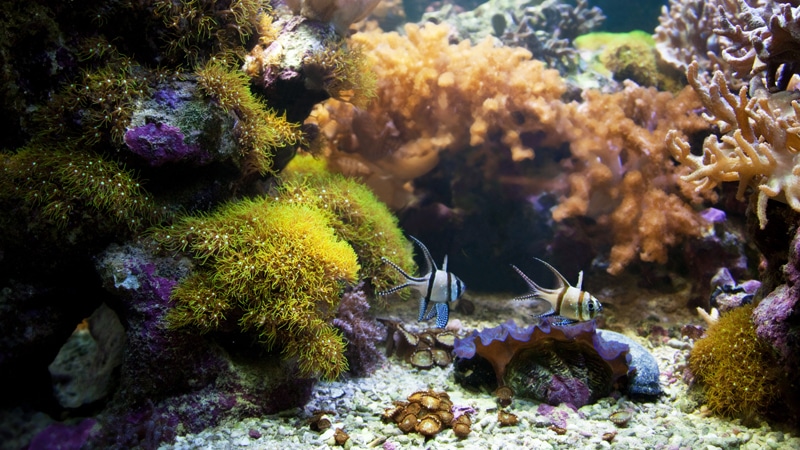 This creates strong nutrient-rich currents, providing an excellent habitat for sea creatures. Diving in Tiran is recommended for advanced divers.

The water depth in the Gulf of Aqaba is 1,800 meters, the water is clean and transparent, and the conditions for divers and snorkelers are excellent.

Since the water around Tiran Island is deep, you can find manta rays, sharks, and barracudas there, which is a real experience for every diver.

The admirable nature of the island

The Jackson reef is the northernmost and in its northernmost part lies the wreck of a merchant ship. In this area the dives usually start from the southern side, along the moorings, sheltered from the strongest currents.

Moving northwards, divers can pass through a marvelous Gorgonian coral forest and observe numerous species of bottom fish at a depth of 20-30 meters. If you dive at the end of summer in this bottom you have a good chance of spotting hammerhead sharks.

The Woodhouse seabed is the longest of the four, home to sharks and manta rays, the southern part of the site consists of a 30-meter wall completely covered with corals from the surface to bottom. At about 25 meters there is a canyon that opens onto a sort of coral garden crossed by sand alleys.

The smallest of the seabed is the Thomas Reef, it is characterized by strong currents, so it is not always possible to dive there.

Finally, the southernmost seabed, the Gordon Reef, is very different from the others, it is, in fact, more varied, with high and low depths.

Also, there live many varieties of fish and if you are lucky you can admire white spotted sharks resting on the seabed. On the surface, in addition to the lighthouse, there is still the wreck Louella.

Interesting places near the island

The closest resort to the island is Sharm el-Sheikh, which offers a lot of excursions, entertainment, and a rich nightlife. Here you can not only soak up the delightful beaches, but also visit interesting places: the monastery of St. Catherine, the Ras Mohammed National Park, the dolphinarium, the Old Town, a water park, an oriental bazaar, and museums. 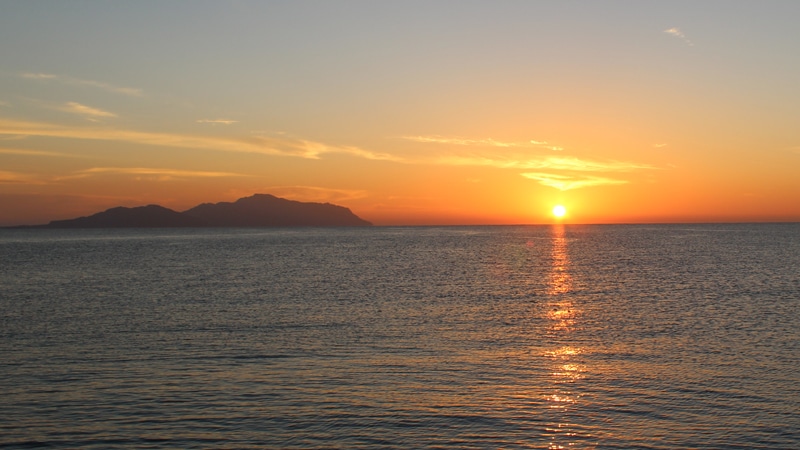 Excursions to Tiran Island Egypt start from the port of Naama Bay in Sharm El Sheikh. The excursions are carried out on small boats accompanied by experienced instructor guides. During the excursion, the boat makes several scheduled stops. All comers are given masks, snorkels, and fins for diving.