The Monastery of Saint Catherine

Catherine in honor of the martyr St. Catherine of Alexandria who died in 310 AD. Catherine was accused of worshiping pagan idols and condemned to death. According to biblical tradition, after the beheading, the body was taken from the angels and taken to a mountain of Sinai where a few centuries later it was found, perfectly preserved, by the monks of the monastery. His remains are buried in the basilica of the monastery. 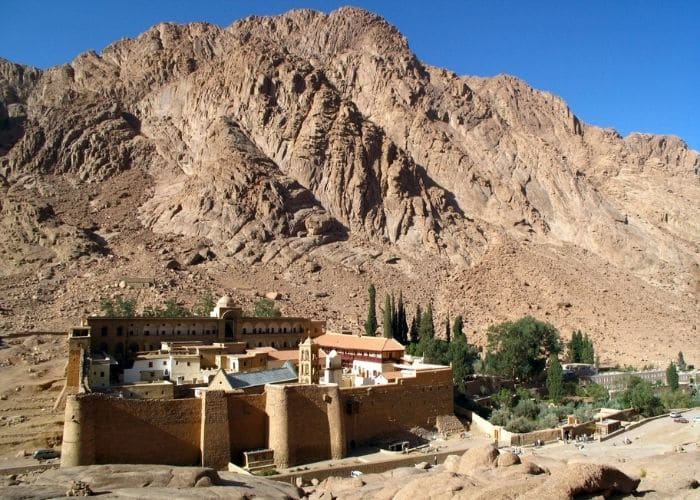 The importance of the Monastery

The Monastery is a sacred place for three great religions: Christianity, Islam, and Judaism. Its structure is made up of numerous buildings of different periods, whose bells every morning, according to the tradition of the monastery, ring 33 tolls (symbolizing the years of Christ’s life) to announce a new day. Its oldest part can be seen in the chapel of the Burning Bush, built on the exact spot where Moses saw the burning bush.

Of considerable value and rarity is its library, custodian of a collection of ancient manuscripts that in size and importance is second only to that of the Vatican. In the Museum you can see priceless Byzantine icons, wonderfully carved doors, beautiful frescoes, and other religious decorations in gold and precious stones.

Don’t miss to check our Egypt vacation tours to book your tour to Egypt!