The Temple of Philae History

Temple of Philae Located 3 miles from Aswan train station, Philae Temple has an elaborate and impressive structure. The beautiful granite, the polished stones, the richly elaborated capitals of various shapes, and the ceilings with beautiful astrological designs are elements of great beauty that have no comparison in the ancient world. In Philae, the oldest monument dates back to the era of the XXV dynasty, consecrated only later to Isis with the construction of the magnificent temple that still occupies a large part of the island.

Inside the enclosure of the temple complex, there is also a “Mammisi” (the House of Birth) and a small chapel dedicated to Osiris, the goddess’ bridegroom. Through the first pylon, erected by Nectanebo II. A staircase leads to the door of the second pylon, and from here you enter the hypostyle hall, composed of ten columns, built by Ptolemy IX Evargete II. After passing through other rooms you reach the heart of the temple: the sanctuary. 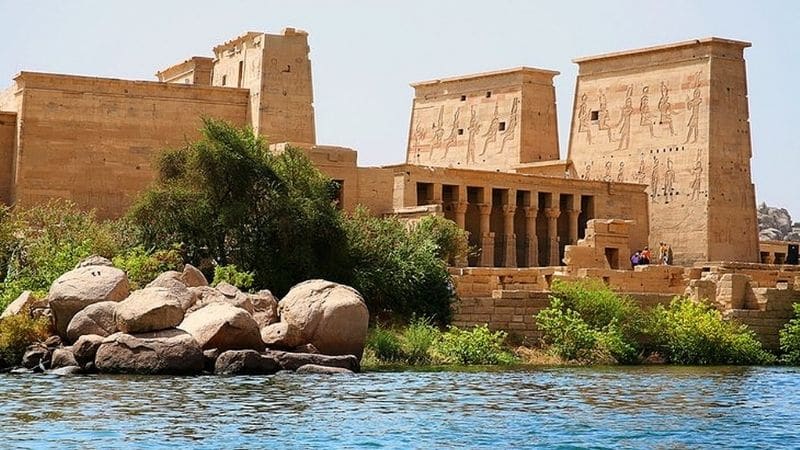 The Myth of Osiris

From the colonnade, you can see the two small Ptolemaic-Roman temples dedicated to Nubian divinities: Arensnuphis and Mandulis. Moreover, a small temple built by Ptolemy V Epiphanes is dedicated to one of the greatest architects in history: Imhotep. Another beautiful building that is very close to the temple of Philae is the Cloister of Trajan. 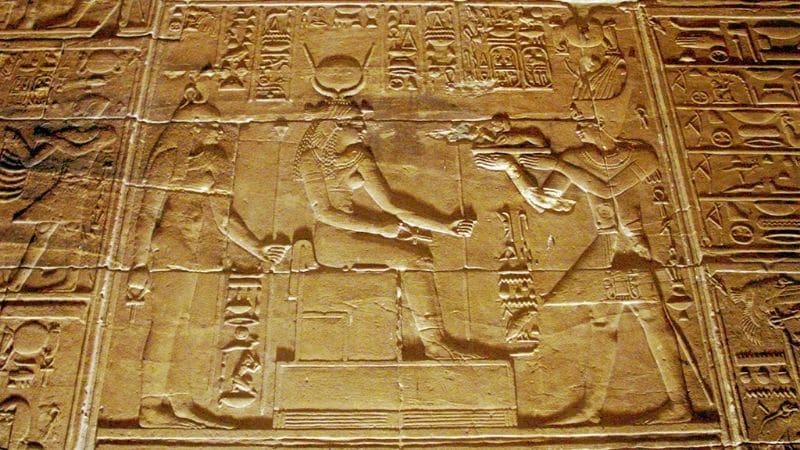 A place of pilgrimage

It was believed that the Temple of Philea was the sacred burial place of Osiris, also called “He who lies at File” and precisely, for this reason, it was considered as “The Holy Island”. The whole island was sacred and only with the permission of the highest priests was it possible to access it. It was an obligation at least once in a lifetime to make a pilgrimage to File for the Egyptians.

This beautiful temple, located on the island of Agilika, south of the old Aswan Dam, can only be reached by one of the special motorboats. The temple was moved to its current location after the construction of the high dam, which seriously threatened to submerge it permanently. The reconstruction has scrupulously preserved the lines of the original complex in its harmonious blend with the landscape. 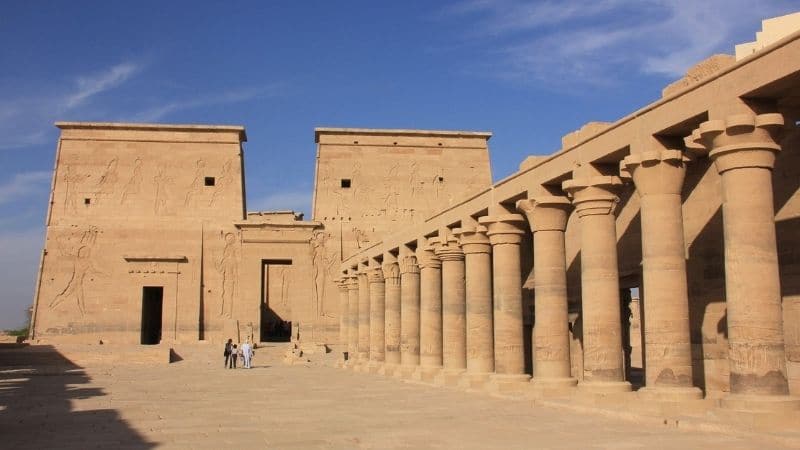 Philae (name of the island where the temple is located) reached its greatest importance during the Ptolemaic dynasty as a center of worship of the goddess Isis. This complex was, in fact, one of the few sites where the ancient cult continued to survive even after the advent of the Christian religion in Egypt, officially closed only in 550 AD.

Later, the early Christians used the main temple as their place of worship, which is why defacements can be observed on some depictions of ancient deities, as an act of the Christian faithful to remove pagan images from the place claimed as their own sanctuary. The temple of Isis represents the main destination of the island, but other smaller temples present are worth a visit.

The temple of Isis also offers a spectacle of light and sound, like all major tourist attractions in Egypt, although this is considered one of the most impressive compared to these other pompous events.

The indescribable atmosphere given by the ruins of the island flooded by the lights of the spotlights strongly recommends an evening visit to the site to enjoy this spectacle.

Plan to visit Egypt with your family?? don’t miss checking out our Egypt family tours!