The city of Luxor and its history:

The city of Luxor is one of the most important and famous tourist destinations in Egypt also all over the world, according to the statistics made by the organizations dealing with tourism and archaeological monuments have confirmed that the city of Luxor is located on the east bank of the Nile as it is a very famous city in tourism and ancient Egyptian history that represents the glory of our ancient Egyptian pharaohs and their history that proved the greatness of Egypt, includes more than 500.000 inhabitants who live in Luxor and is about 700 km from Cairo and has 4000 years of glory and development and one of the most famous temples is the temple of Luxor which is located in the center of the city and was linked to the temple of Karnak.

It is a favorite and recommended city for tourists who are passionate about the Egyptian history of the Pharaonic era and the river Nile, it was formerly called “Tiba”. During the New Kingdom between 1549 – 1069 B.C. the capital Thebes had grown to one million people. The pharaohs who ruled its territory had benefited greatly from the military successes with which they expanded their borders to the south, towards the territory of Nubia, on the west coast of the Mediterranean, and to the east towards present-day Syria.

The great prosperity and the enormous manpower at their disposal made it possible for the sovereigns of the New Kingdom to carry out great architectural works in order to make their memory immortal.

Today in Luxor one can still contemplate the efforts made by these rulers to preserve their legacy and history through the heritage of great temples and magnificent funerary complexes still present on the banks of the Nile, included in ancient Thebes. 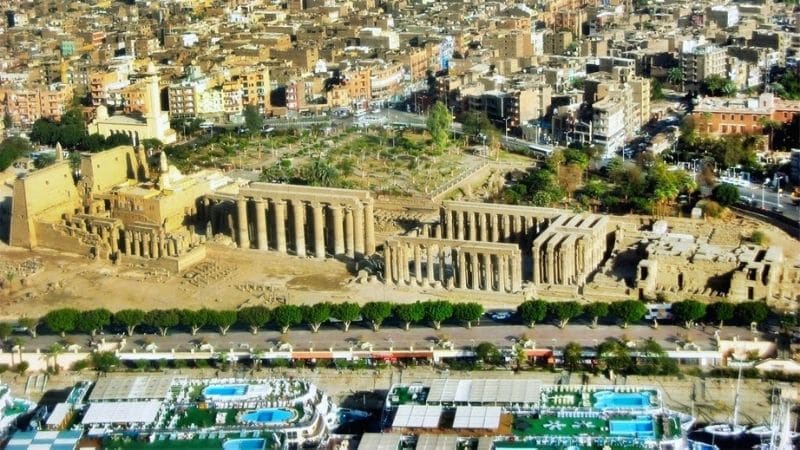 What you can do and see in Luxor:

The most famous monuments are undoubtedly those of Giza, located in the suburbs of Cairo. The pyramids of Giza, with their incomparable dimensions, have inspired the collective imagination for millennia. These enormous architectures, as well as the other pyramids scattered in the desert south of Cairo, keep alive the memory of the unprecedented development achieved by the Nile Valley civilization during the third millennium BC.

The pyramids, however, represent only the beginning of the legacy of Ancient Egypt but not the whole of history because the ancient history of Egypt has lasted thousands of years, every part of Egypt tells the great effort of the pharaohs to leave the Egyptians a civilization with which they must be proud before any person of any nationality.

This civilization survived long after the decline of ancient Memphis, and in its own way continued to develop. At Thebes, Ancient Egypt reached its greatest splendor, evoked by the various monumental styles present.

Luxor is today referred to as “the largest open-air museum in the world”. This name comes from the fact that the modern part is located on the same site as ancient Thebes. It was literally built above and around the treasure of the Old Kingdom, which has not yet been found.

Surrounded by modern buildings, the Temple of Luxor and the Karnak complex are two of the most spectacular monuments in all of Egypt and the Valley of the Kings, these sites were first used to bury kings and pharaohs and they believe they did so because they have ancient traditions and among those kings was the Temple of Tutankhamen and includes more than 36 temples. 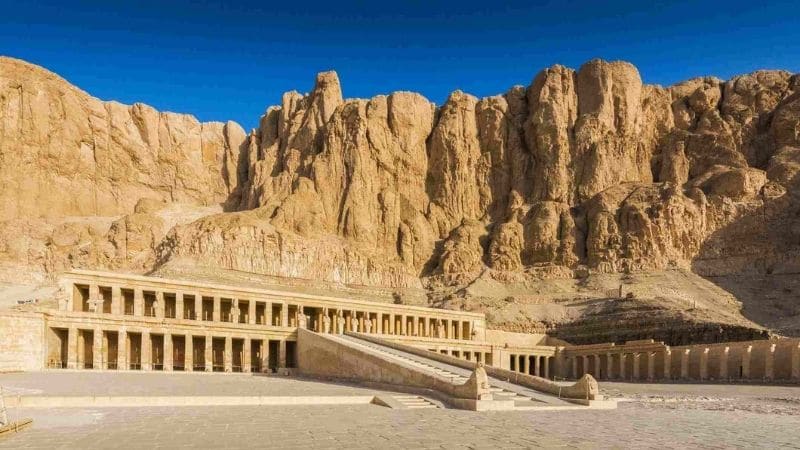 Their visual impact is amplified by the contrast of their ancient stone structure with the modern buildings erected in the surrounding area. In addition, the area around Luxor and the opposite bank of the river are dotted with a vast heritage of temples and funerary sites. It will take a few days for a proper exploration of all the most important sites, the most significant of which are located one hour from Luxor, each one representative of the prosperity and level of sophistication of this ancient culture.

It is easier to divide the site around Luxor into two parts, the east bank and west bank. This division would also have been appropriate for the ancient Egyptians, as they saw the eastern shore as the land of the living, where the sun rises, while the western shore represented the land of death, the place of sunset and passage to the afterlife.

Luxor and the ruins of ancient Thebes are located on the eastern shore, along with the temple complex where the ancient religious cult was observed, while the western shore represents the modernity of life and both parts are completely different according to history.

The monuments on the west bank, on the other hand, consist mainly of tombs and funerary temples, where the ancient Egyptians and their rulers prepared the rest for life in the afterlife. No perspective equals that offered by a hot air balloon trip, to fully understand why Luxor is known as an open-air museum, and to enjoy the stunning view from the top of the Nile and its landscapes. Floating over all the sites on the eastern and western shore, you’ll have an overall view that will allow you to grasp the magnificence of the sites and their grand scale.