Luxor is the most important archaeological site in all of Egypt. Established on the banks of the River Nile. The history of Luxor (originally called the city of Thebes) dates back to 3,200 BC. Still, the city did not prosper until well into 2,134 BC, during Dynasty 11, when Mentuhotep II put an end to conflicts, thus bringing peace and stability to the region, at which point Thebes began to prosper as a city until in 1,550 BC, during the 18th dynasty, it became the political and regional capital of Egypt.

Luxor has been ruled by some of the most important and famous pharaohs in Egyptian history. To this day, many of its tombs, monuments, and temples of worship still stand, perfectly preserved, including the tomb of the world-famous Tutankhamun.

Luxor is the most important archaeological site in all of Egypt and, in this guide, we will going to show you what to see in Luxor. 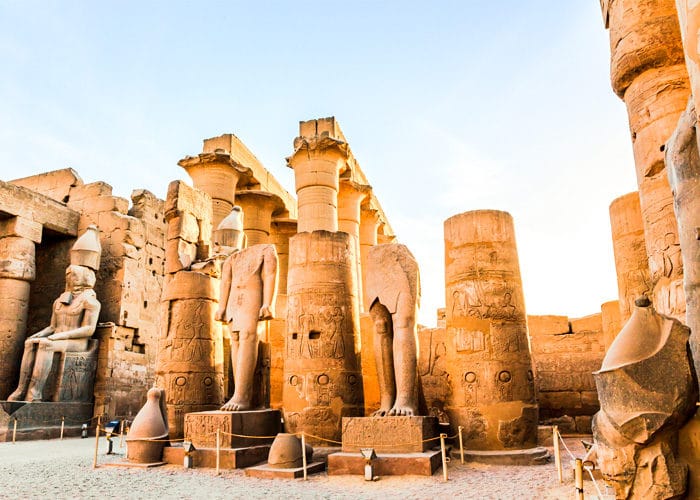 The city of Luxor is one of the most important and famous tourist destinations in Egypt also all over the world, according to the statistics made by the organizations dealing with tourism and archaeological monuments have confirmed that the city of Luxor is located on the east bank of the Nile as it is a very famous city in tourism and ancient Egyptian history that represents the glory of our ancient Egyptian pharaohs. 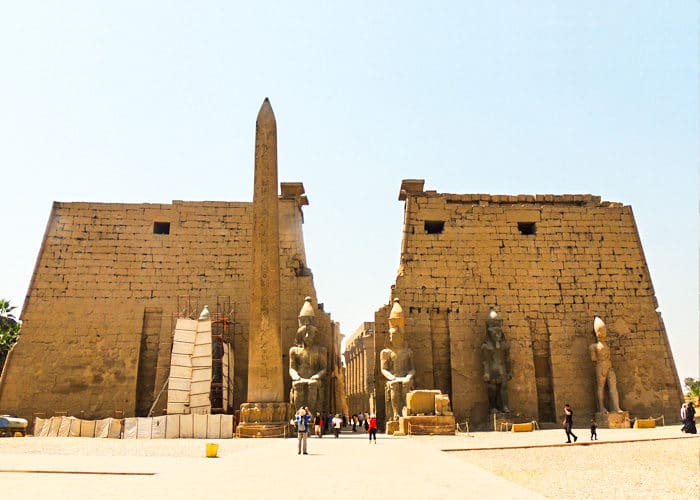 One of the most fascinating and ancient monuments in Egypt especially in Luxor and represents the beauty and power of the Pharaonic era and the effect of the will and its role to build such a great monument, it was built by the king of Amenhetop, was the son of Habu and the period of government lasted from 1391 until 1353 BC, located on the east bank of the Nile, the temple of Luxor is a popular destination for tourists who love the culture and history of the pharaohs and the temple of Luxor explained how the pharaohs thought at... 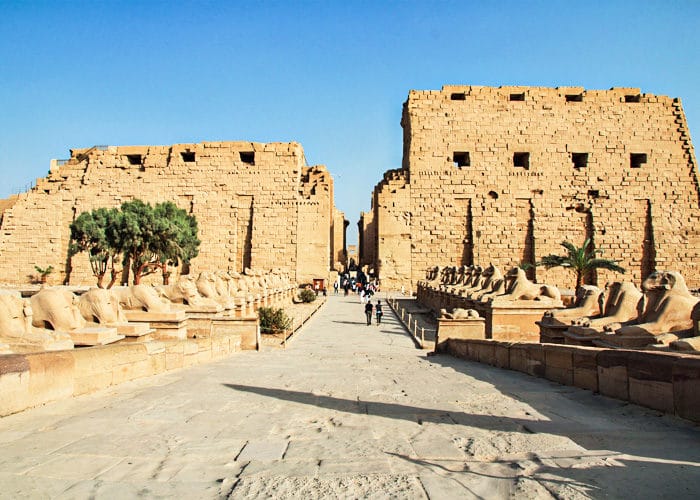 The temple of Karnak is considered one of the most famous and largest temples in Egypt, especially in ancient Egyptian and Greek history, it was built for various reasons related to religion and ancient history, the main reason why they built the temple was to worship the famous god "Amon" and his wife "Mut" and their son named "Khons" because inside the temple there are temples dedicated to every king. 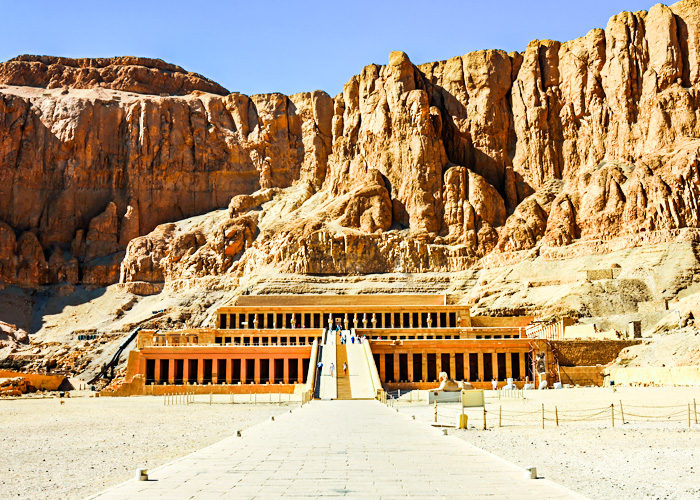 The funerary temple of Hatchepsut is also known as Djoser-Djeseru, or “Saint among Saints”. The real peculiarity is that unlike almost all the pharaohs, Hatshepsut was a woman. One of the very few women in the history of ancient Egypt to hold the position of pharaoh, the second after Queen Nefrusobek of the 12th dynasty. 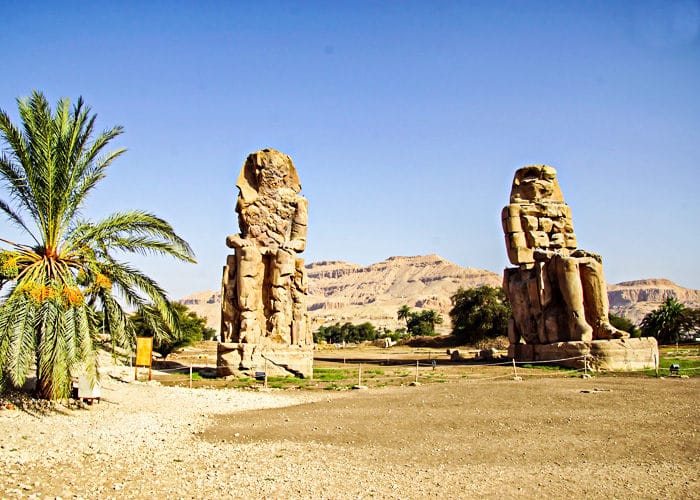 The Colossi of Memnon are, in fact, two colossal stone statues which, placed in front of the city of Luxor, on the western bank of the Nile, have been observing their slow flow for millennia with their eyes turned towards the rising sun. 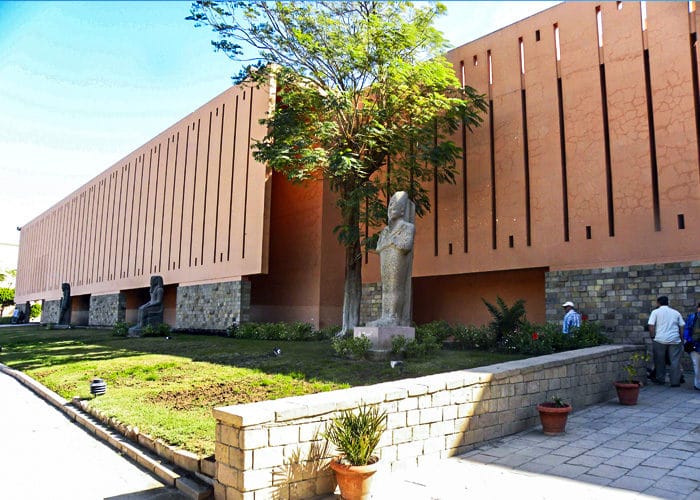 The Luxor Museum is often compared to the Egyptian Museum in the capital for its great value: although it has a smaller number of exhibits, those on display are treated like real treasures and better presented by more careful captions.

The Ramesseum is the memorial temple (or mortuary temple) of Pharaoh Ramses II ("Ramses the Great", also written "Ramses" and "Rameses"). It was originally called the "House of Millions of Years of Usermaatra-Setepenra" (the first name of Ramesses II) which joined the city of Thebes in the domain of Amon. 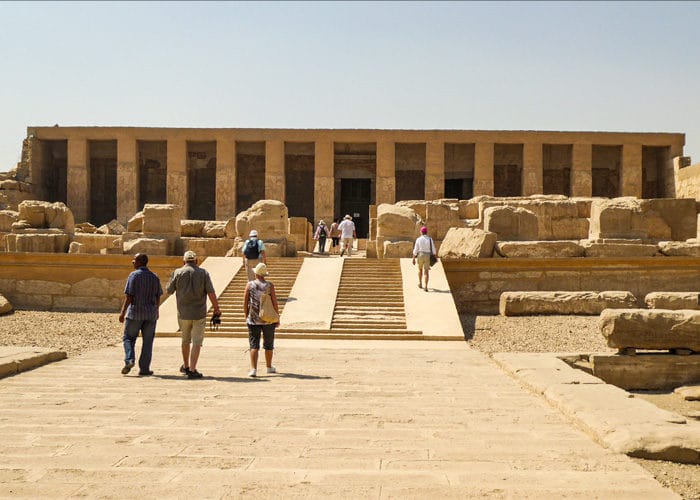 The temple of Abydos, a very ancient place of worship, is located in Abydos (Abydos), one of the oldest cities in Upper Egypt. This city is located west of the Nile, about 11 km from the village of El-Balyana, at a latitude of 26° 10' N. The original name is Abdu which means hill of the temple, it was the center of the cult of Osiris, tradition has it that the head of the god of the dead was preserved there. 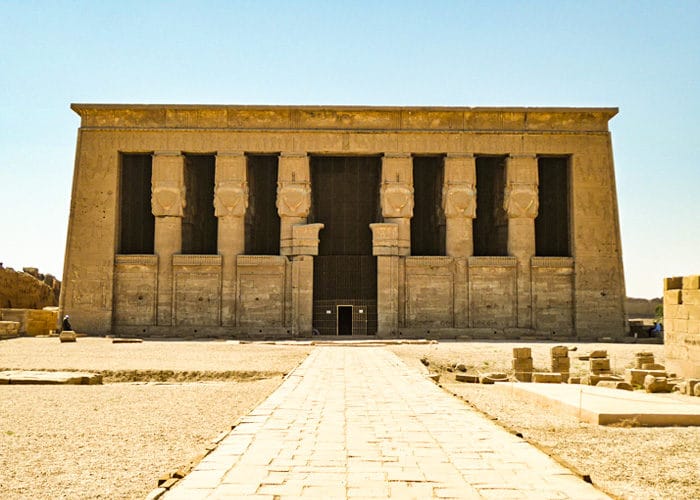 One of the most beautiful, enigmatic, and best-preserved temples in Egypt is Dendera. The Dendera temple is very close to Luxor, however, although it is very easy to get to, it is not a very visited temple if we compare it with others located along the Nile, so you will find few people there. 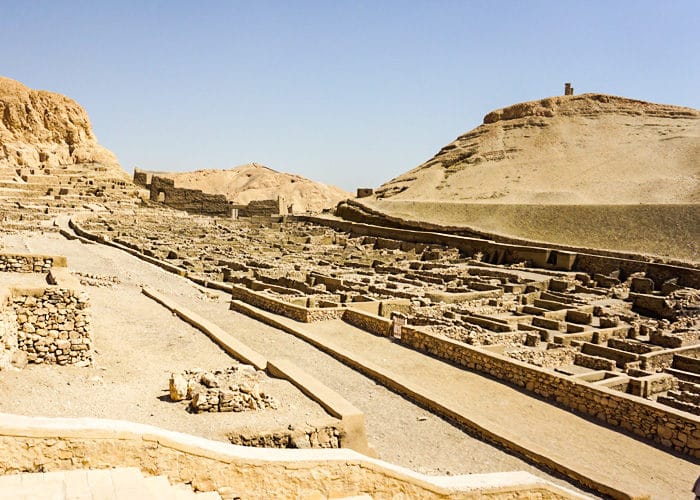 Tombs of The Nobles

The tombs of the Nobles and senior officials of ancient Egypt were carved into the rocks in a local valley called Qurna or (Sheikh Abd El Qurna ), located in the west of Luxor. These tombs belong to the aristocrats of the 18th, 19th, and 20th dynasties, from the time of the New Empire. 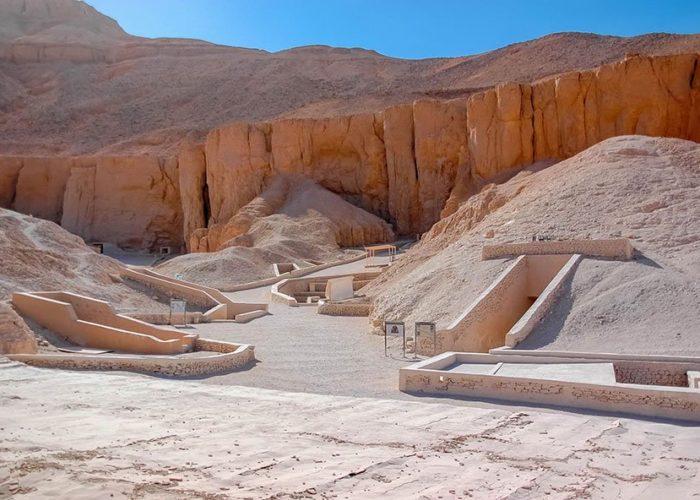 Valley of the Kings

It is the Valley of the Kings, the place with the tombs of the pharaohs of the New Kingdom (15th to 11th century B.C.), under whose rule Egypt experienced a heyday of high culture and international importance.

Egypt at a glance

Sail in the Nile River in a felucca, marvel at the pyramids of Giza and the Great Sphinx, explore the Valley of the Kings where Egypt’s pharaohs were buried, most famously King Tutankhamun in gold. Join your expert Egypt Time Travel on the journey back in time to one of the first civilizations in the world.

What to pack for Egypt?

Do I need a visa for Egypt? How does one get an Egypt visa?

Tourists going to Egypt need to obtain a visa from one of the Egyptian diplomatic missions. There are several countries that are exempted from countries or countries that are eligible for visas on arrival but India is not one for them. So for Indian citizens, holding passports that are valid for at least 6 months from the date of arrival to Egypt is a necessity in order to get a visa.

The application process for obtaining an Egypt visa can be done online by submitting necessary documents. The entire procedure is listed on the Egyptian government official website and is easy to understand.

When is the best time to visit Egypt?

Egypt can be visited anytime in the year. However, the months of summer can be particularly hot, dry, and sunny; especially in regions like Luxor and Aswan that are towards the south of Egypt. The best time to visit Egypt can be claimed from September through to April when the weather is rather pleasant and bearable to tourists belonging to cold regions.

What are the best things to do in Egypt?

Egypt is the home to ancient Pharaohs, vast tracts of desert, superb scuba diving, the famed Nile River and so many more things. There are several places to be visited and many activities to indulge in. So to choose a few activities amongst so many options becomes a task. However, we are ready with our homework and our top things to do in Egypt are-

What is the local food in Egypt? Which are the best places to taste this food?

Egyptian cuisine makes it a blend of a lot of legumes, vegetables and fruits. Since Egypt’s rich Nile Valley along with the delta produces large quantities of these crops, all in high quality; people of the country consume the same in great numbers. Here are some dishes you must try on your visit to the country. You may not remember the names of every dish, so you can take note of them or refer to us whenever needed-

Which are the best shopping places in Egypt and what are they famous for?

The Souks, or the local markets, and the larger bazaars are among the most remarkable attractions of Egypt. The markets of Egypt are famous for selling The Shisha, the traditional Egyptian waterpipes, a large collection of backgammon boards, decorative boxes, and many other handicrafts, Sandals, bags, and shoes, marvelous pottery products, etc.

Which are some famous archaeological sites in Egypt?

Egypt is home to numerous archaeological sites. Each one depicts the history and culture of this land. A lot of them are in Cairo alone but exploring and visiting each one of these sites is not possible. So here are the best ones-

Which are some romantic places in Egypt for a honeymoon?

While not everybody will consider Egypt to be a honeymoon destination, the uninterrupted and lesser crowded places are actually great to be at with your partner. In case you still can’t imagine where to go for your honeymoon in Egypt, trust us, the below places are the ideal choice.

Egypt Time Travel offers hundreds of tours and activities for travelers around all Egypt. Experience everything Egypt has to offer! Choose from sightseeing tours to spa escapes to interactive cultural programs and so much more. With new destinations added daily and an easy way to manage your fun. 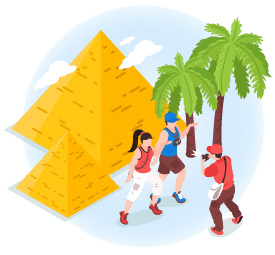