The Mortuary Temple of Hatshepsut

In terms of visual impact, nothing equals the Temple of Hatshepsut. This multi-story structure is situated along the limestone cliffs behind the Nile valley, in a spectacular panorama. To be exact, it is located beneath the cliffs of Deir el-Bahari, on the west bank of the Nile, near the Valley of the Kings in Egypt, opposite Luxor. The uniqueness of its structure reflects that of the pharaoh who had wanted its construction.

The mortuary temple of Hatchepsut is also known as Djoser-Djeseru, or “Saint among Saints”. The real peculiarity is that, unlike almost all the pharaohs, Hatshepsut was a woman. One of the very few women in the history of ancient Egypt to hold the position of pharaoh, the second after Queen Nefrusobek of the 12th dynasty. 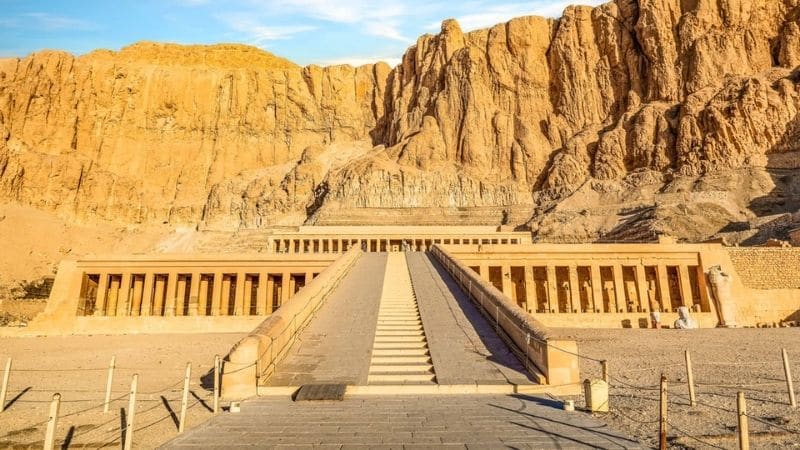 The Kingdom of Queen Hatshepsut

The funerary temple is dedicated to the solar deity Amon-Ra and is located near the temple of Mentuhotep II, both temples were considered in the past as a great source of inspiration and, later, as a source of building material for new projects. The temple of Hatshepsut is considered one of the “incomparable monuments of ancient Egypt”. 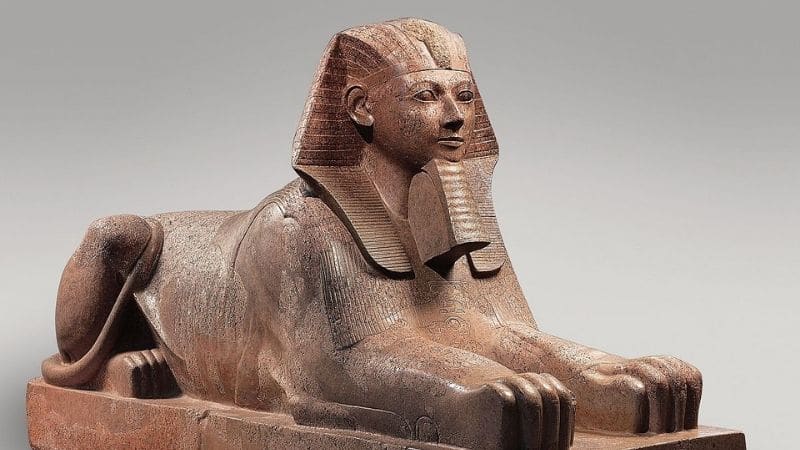 The fame of Hatshepsut

Very famous are the statues representing the sovereign, with the typical headgear reserved for pharaohs, usually males. The fame of Hatshepsut is not only due to the representation of the only sovereign who was able to gain such power and remain in the government of Egypt, but also for the good governance that distinguished her period of regency and made her a just and loved sovereign, as expressed in the representations of the temple dedicated to her. The queen-pharaoh also commissioned the construction of various temples, including that of Karnak.

The statue of the funerary temple of Hatshepsut

When it was discovered in the middle of the 19th century, the temple was in a state of complete ruin, due mainly to the repeated devastation ordered by Tuthmose III, almost certainly as an instrument of revenge against the memory of his stepmother. The site was converted to a monastery during the first centuries A.D., which contributed to its further deterioration.

As a result, the temple underwent intensive restoration work during the 20th century. Most of the columns present today are not original and many of the bas-relief wall paintings have not been adequately recovered. For this reason, the temple may be rather disappointing, especially concerning its popularity as a tourist destination.

One of the most famous moments of Hatshepsut’s propaganda, with which the queen intended to legitimize her power herself, is the myth about her birth. She had the details of her mythological birth immortalized in an extensive iconographic cycle depicted on the walls of the temple, to unquestionably justify her rights to the throne.

The composition of the images and texts of this wonderfully depicted myth would evoke the consecration with which the god Amon, protector of the dynasty, according to such propaganda the true father of Hatshepsut, would have designated her from above his authority to reign. 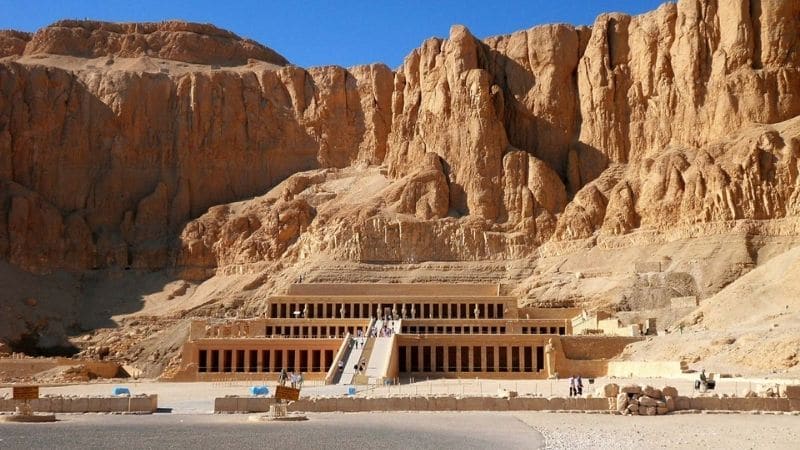