Travelers visit Egypt throughout the year. Winter is the best season to stay in Egypt and enjoy the outdoors. The beach resorts are open all year round.

Prepared to face the summer heat, you can take advantage of the most attractive prices during this period. But what remains certain is that the sun will be your host all year round, with on average only 6 rainy days in Cairo for example.

The period between October and April is the best time to visit Egypt. Thus, the months of December and January are the highest seasons in Egypt, especially for warm places like Luxor, Aswan, Sinai, and Cairo & Giza. Tourist numbers reach their peak between November and February when the temperatures are very pleasant.

Even at this time of year, the sun remains warm in southern Egypt and the very mild temperatures allow hotels in the Red Sea to stay open so you can escape the cold winter temperatures in Europe or elsewhere.

As for the summer months in Egypt, it is too hot and dry. If you have arranged a holiday in Egypt from May to August, the sun becomes so strong that you must carry sunscreen with you.

The Nile Delta region and Cairo are cold from October to February. Besides the weather, the Islamic calendar can have a huge impact on your plans to travel to Egypt.

The weather in Egypt is more often sunny and warm all year round. Even the wettest regions of the country, like Rafah and Alexandria, they only occur 46 days of rain per year. In case you plan to travel during the month of Ramadan, it will be a very exceptional adventure.

In the month of Ramadan, Egypt manifests its peculiarity during that month. This is the best country where you can live the true spirit of Ramadan. During this month, Egypt disguises itself as a celebration and the Ramadan celebrations do not stop all night.

During the summer months, temperatures rise throughout Egypt but the weather is particularly hot in the south where the temperatures in Aswan regularly reach 45 ° during the day.

Temperatures in Cairo and other parts of the country are not nearly as high but remain elevated from May to September. Even if the visits can be trying in this hot weather, you can take advantage of attractive prices during this season.

In your suitcases, it is essential to carry with you: a hat, sunglasses and sunscreen, a thermos flask that you will fill daily with mineral water, a fogger that will effectively cool you, and especially a jacket that you bring always with you in restaurants and transport, where the temperature drops to 18 ° C due to the air conditioning.

Climate Egypt in December and January
December and January can also record cold temperatures, up to 5-10° but rarely for long periods. The Sinai peninsula is generally the preferred destination at this time of year especially for European vacationers, for its offer of sun and sea.

Generally, the sea temperature is quite cool in this period, but still pleasant. These months generally remain an ideal period for visiting any other Egyptian location, where daytime temperatures are mild, with the almost total absence of rainfall.

Climate Egypt in April
Spring and especially the month of April offer the first warmth and depending on the winds also the first greeting of summer! The “Khamsin”, the typical sirocco wind of this period, can bring not only a great heat but also large quantities of sand, generating real storms!

The variations due to the wind and the temperatures it brings can also be very sudden and re-propose real “winter” moments. If you visit Egypt in this period then, in any location, get ready for any weather variation.

Climate Egypt in August
August is extremely hot and torrid in Cairo. The average temperature during the month reaches a maximum of 34° C, during the day, and at night it never drops below 22° C. The maximum rarely drops below 30 degrees and can easily reach even 38 degrees. The highest average daily maximum temperature is the first of the month.

The 1st of August is, in fact, the hottest day of the year in Egypt, the average temperatures in Cairo on this day generally vary from 24 degrees minimum to 36 degrees maximum, while January 20, which is instead the coldest of the year, ranging from 10 to 20 degrees.

Egypt Climate Stats
Egypt is practically never a rainy country, much less in August, the month in which it cannot be expected to rain, there are 13 guaranteed hours of sunshine per day. The percentage of time the sky is overcast or mostly cloudy is about 1% during the month.

The best time to visit Egypt
Generally, you can visit Egypt all year round. Fall and spring are recommended as the best times to enjoy your visit to Egypt. Avoid hot weather from June to September as much as possible. During the month of Ramadan, take into account changes in schedules for visits to museums and tourist sites.

You will, therefore, choose the off-seasons to discover the whole country. It is also essential to note the importance of avoiding a visit to Egypt during March and April when the Khamsin blows, a sand wind which saturates the air with dust and makes any trip so difficult. If you only visit the South. 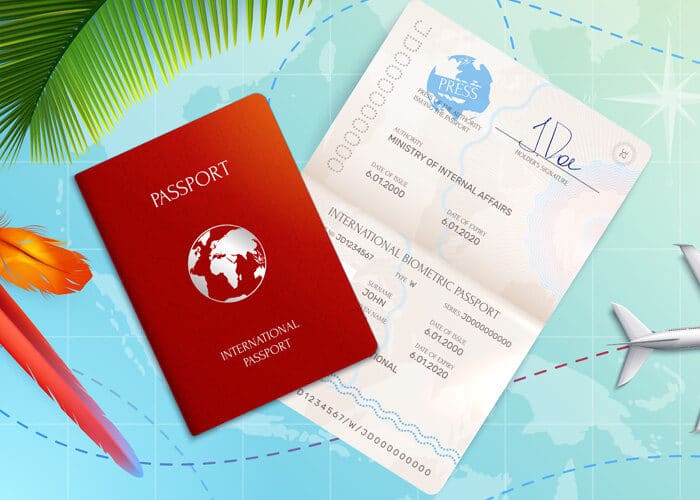 Entry into Egypt – All Documents you need

Egypt is a country with an impressive heritage that surprises all its visitors. To plan a trip to Egypt, it is important to first solve the bureaucratic procedures for entering the country. The first step is to find out if you need a visa to visit Egypt. 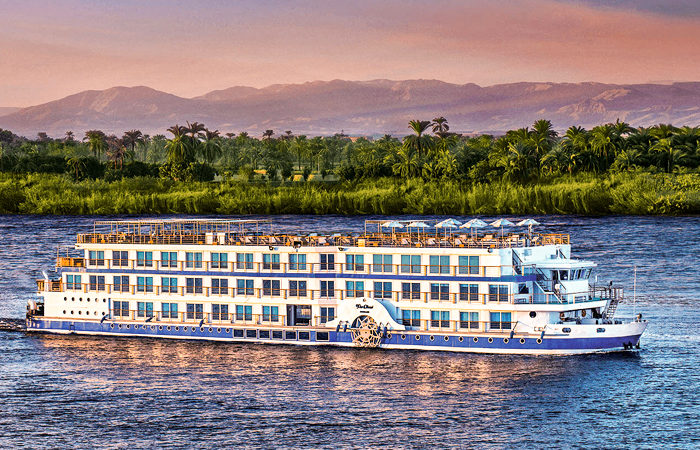 In our article with the best places to visit during your trip in Egypt, one of the important tips we are talking about is: divide your itinerary into four main regions - Cairo / Alexandria, Egypt Oases, Nile Valley (Luxor / Aswan), and the Red Sea. 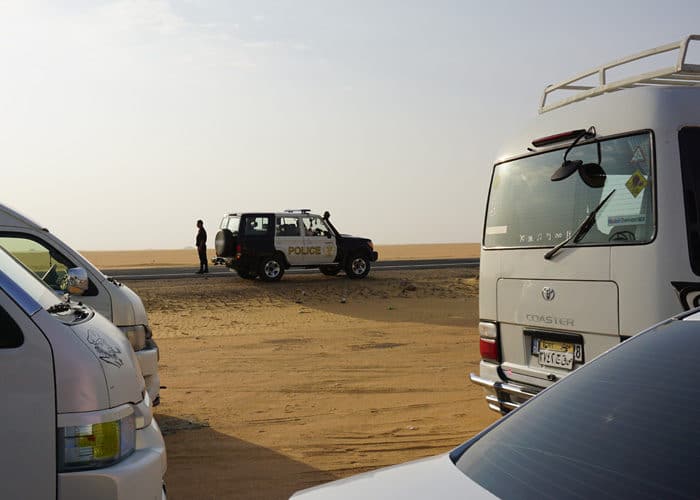 Is it safe to travel to Egypt? Safety & Security in Egypt

Egypt is a very safe destination for travelers. Millions of tourists visit the country every year, relax on its beaches, discover in peace the beauty of its nature, and admire its countless historic monuments without any difficulty in terms of personal security intervening. 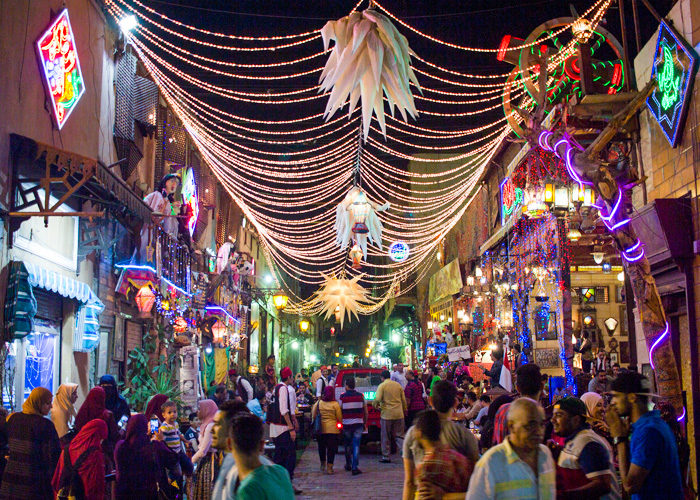 Holidays in Egypt, particularly religious ones, have a prominent place in the calendar, as a good Muslim country. In addition to Islamic festivals, there are commemorative dates for political events and those that belong to the Coptic tradition. 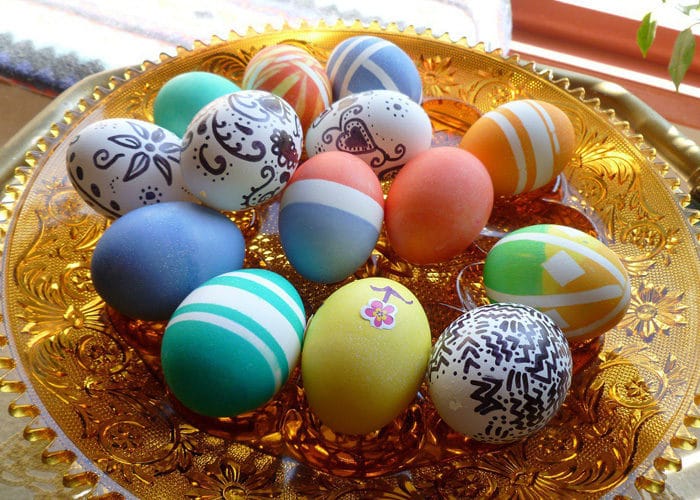 Easter traditions in Egypt – How to celebrate Easter in Egypt?

The celebration of Easter in Egypt has two very different moments: Coptic Christians follow the rites of the Coptic Christian Church in Coptic Cairo, founded by Saint Mark and Egypt as a whole celebrates the arrival of spring with Sham El Nessim. Learn more about Easter traditions in Egypt. 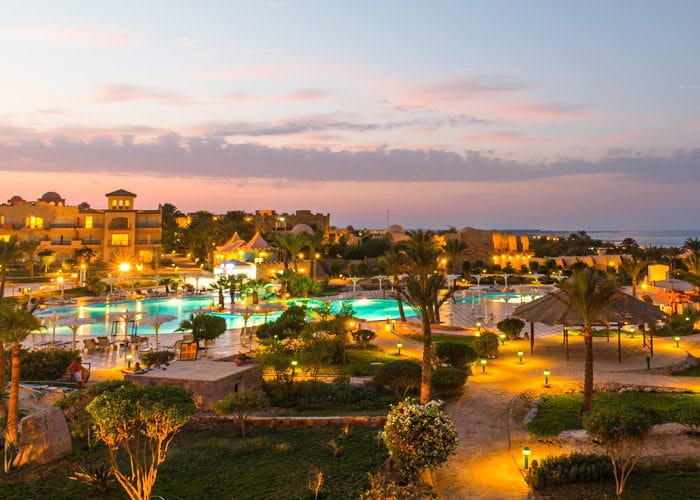 How to celebrate Christmas in Egypt?

Christmas in Egypt might spark some curiosity, because, as we know, Egypt is a predominantly Muslim country. However, December is the month we all look forward to, and with all passion, many of us said that during this month they are in the spirit of Christmas. 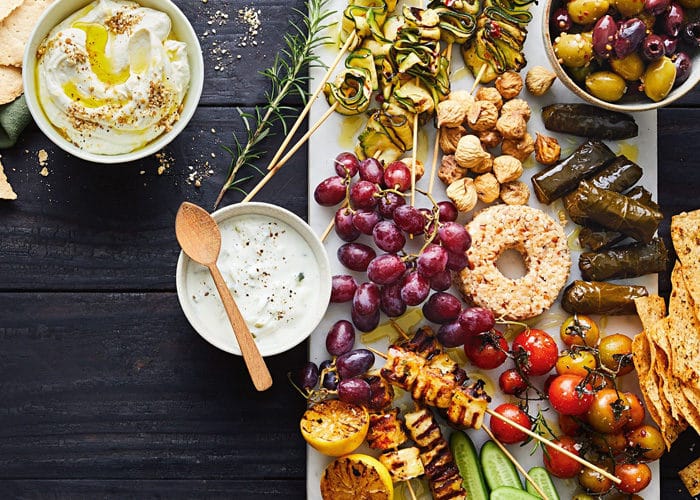 What to take on your trip to Egypt?

What to pack for Egypt? What to Bring with you when traveling to Egypt? What to wear in Egypt? All of them are questions that occupy your mind while planning your trip to Egypt. But do not baffle yourself, it is very simple. In this article, we tried to collect most of the things that you will need during your vacation in Egypt. 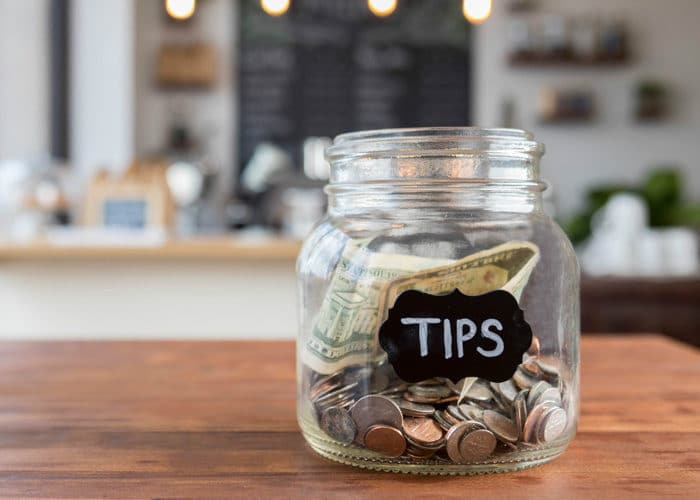 Some tips for Tipping in Egypt

During your stay in Egypt, you will probably meet requests for "baksheesh". The word is roughly translated as "tips", but its meaning is more nuanced in Egyptian culture and tips are common in many situations. The following tips will help you feel more comfortable with tip habits in Egypt and when and how they apply. 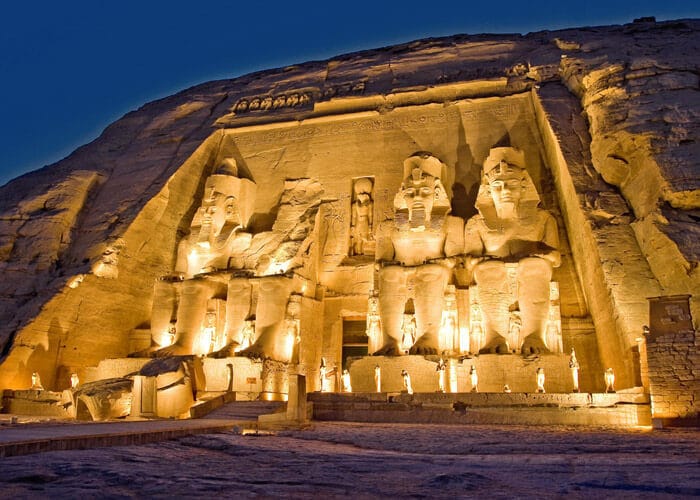 Best Time to Travel to Egypt – Your Guide For 2022

Egypt is a country full of history, culture, and landscapes, and knowing the best time to travel to Egypt makes every vacation in Egypt a new adventure that you take. Unique desert landscapes, attractions, and vacation spots provide a great combination for an exciting trip that you will not forget. 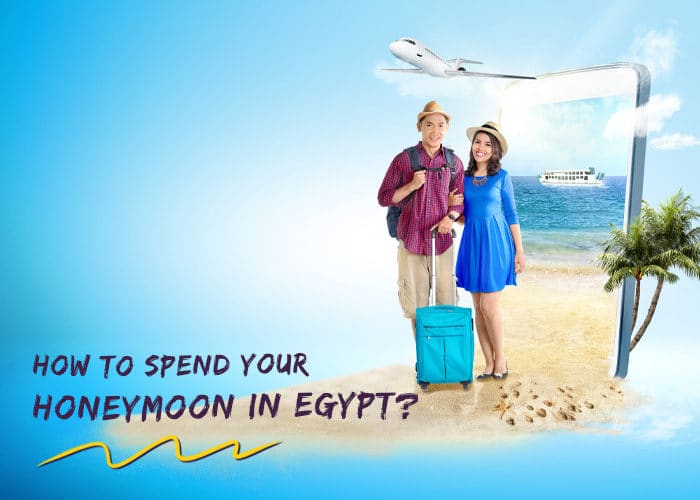 Honeymoon in Egypt: Best Places to Visit and Stay 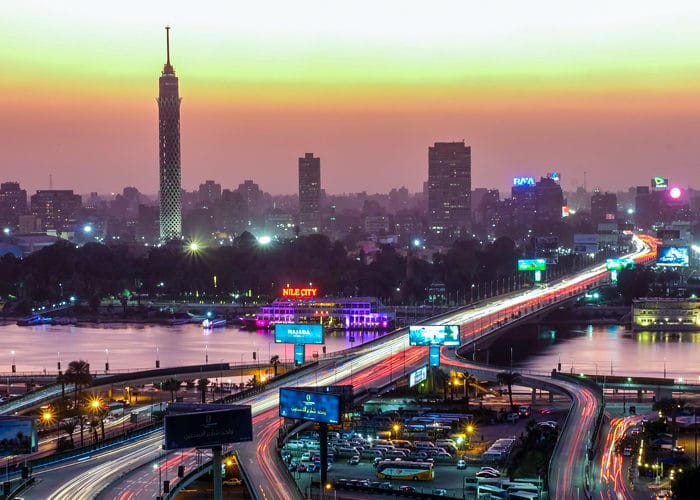 Top 12 Things to do in Cairo with Family

Cairo is an incredible city! and if you are planning a trip to Egypt, be sure to set aside at least 3 days to explore every corner of the capital. With a tour that goes far beyond the pyramids, in this post I separated some suggestions of what things to do in Cairo! 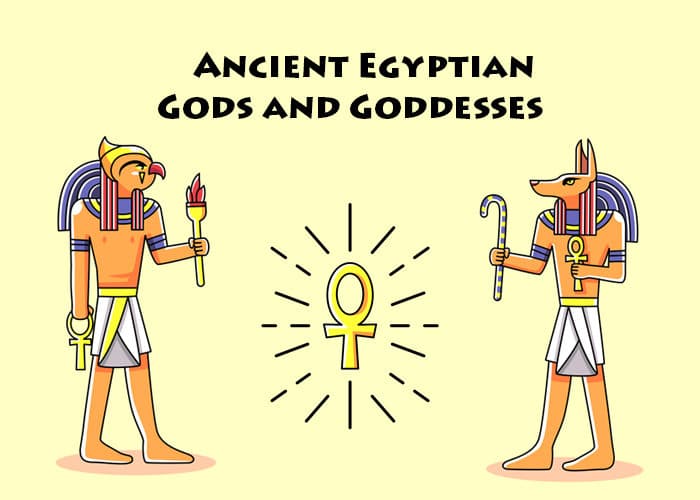 Top 34 Ancient Egyptian Gods and Goddesses and their Powers

Egyptian mythology is one of the most complete that we can find, that is why the gods of Egypt occupied a central role in the life of this ancient civilization to such an extent that the rituals that we know today from this culture, as is the case From mummification, they were released from the desire to keep the body intact for the next life, which they would enjoy in the afterlife with the gods. 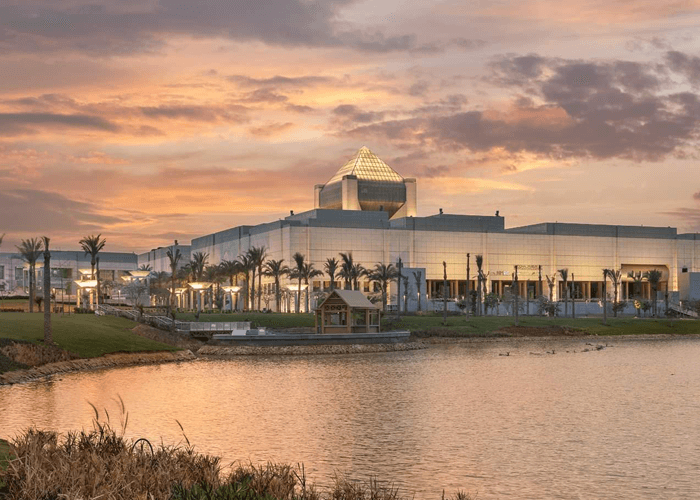 A Journey to National Museum of Egyptian Civilization

The opening of the National Museum of Egyptian Civilization is one of the most important tourist landmarks for Egypt in recent times. 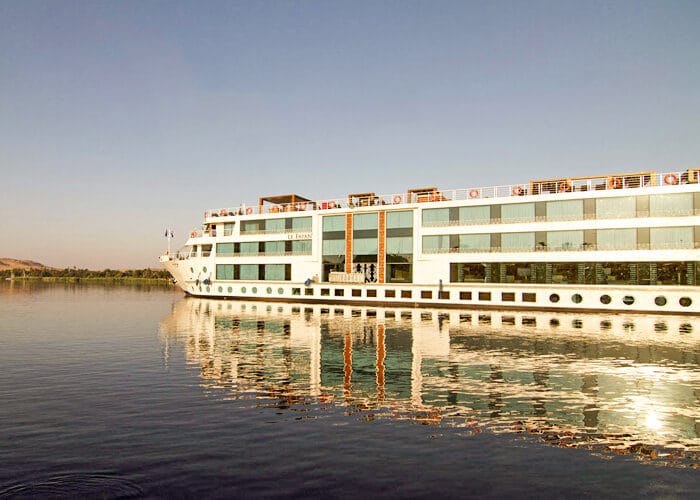 Egypt Nile River Cruise: Is it worth it? How much? 2022 Guide

Taking a trip to Egypt that includes an Egypt Nile River Cruise is without a doubt the trip of a lifetime. Who has never heard of Cleopatra? Or did you dream of visiting the pyramids and the tomb of Tutankhamen? Visiting Egypt is breathing history and culture.