Some of us have heard before about the city of Aswan and the high dam and Abu Simbel temple and Lake Nasser and many other very nice attractions to visit, in this article you will find everything you want to know about Aswan. Read this article to explore more secrets of ancient Egyptian history!

Aswan is a historic city in the south of Egypt.

Aswan is located on the cataract north of the Nile, Aswan marked the traditional southern border of Egypt with the enemy territory of Nubia, it had great importance in the ancient Pharaonic era on the historical and security side, when we read the ancient Egyptian history we can see that the city of Aswan has contributed a remarkable role in history and battles against enemies who wanted to conquer Egypt, the Nile River also played a very important role in the economy and politics.

Aswan is located on the east bank of the Nile, it is a popular tourist destination and sought after by tourists thanks to a large number of ancient monuments and statues that have written a great civilization to study and visit to discover the power of the Egyptian pharaohs and how they managed to build a history to study until the present time. These two civilizations contested each other’s territory and their respective areas of influence for centuries.

In the course of this conflictual relationship, Aswan always remained a border town between the two territories, not only politically, but as an economic and natural intersection, prosperous commercial city and transit point between Egypt and the rest of Africa. 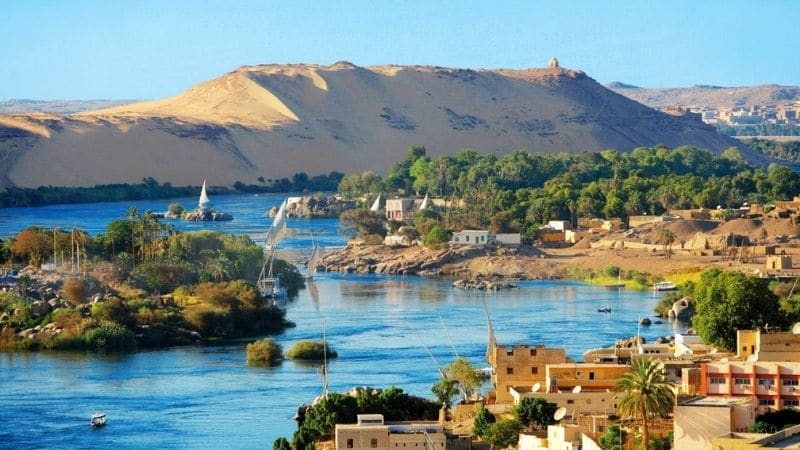 Try a cruise on the Nile in South Aswan

In the city of Aswan, you can do so many things and visit many beautiful sites and especially in the holiday at Christmas and New Year in Egypt, among the most preferable things to do in Aswan, is to take a beautiful cruise Nile looking at the crystal clear water and the pharaonic tombs and statues and the temple of Abu Simbel and the temple of Philea and there are other very important sites to visit.

North of Aswan the river of the Nile is navigable along its entire length to the Mediterranean Sea, so land trade routes, like the caravans coming from the south, flowed into it and then loaded their wares onto boats bound for northern Egypt and the whole Mediterranean. 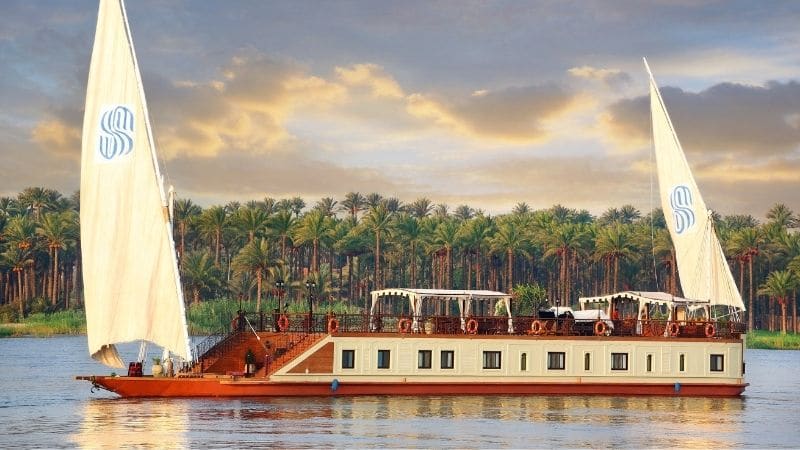 The ideal location of Aswan

The peculiar location of Aswan has continued to influence its history even in contemporary times. During the colonial era, the city was the base for the Anglo-Egyptian military forces aimed at stopping the unrest in Sudan. Later, at the end of the 19th century, Aswan grew in importance as a tourist destination, thanks to its mild winter, especially attractive to European travelers.

Today the city remains one of the country’s major tourist destinations, known for its beautiful Nile landscape and Nubian culture, which still enjoys a strong influence in the south of the country. The controversial construction of the high dam in 1964 brought serious consequences for the area, such as the forced displacement of more than 100,000 Nubians living along the river bank. Many of these people now live in Aswan and try to make a living from tourism and the production of typical handicrafts or other cultural events. 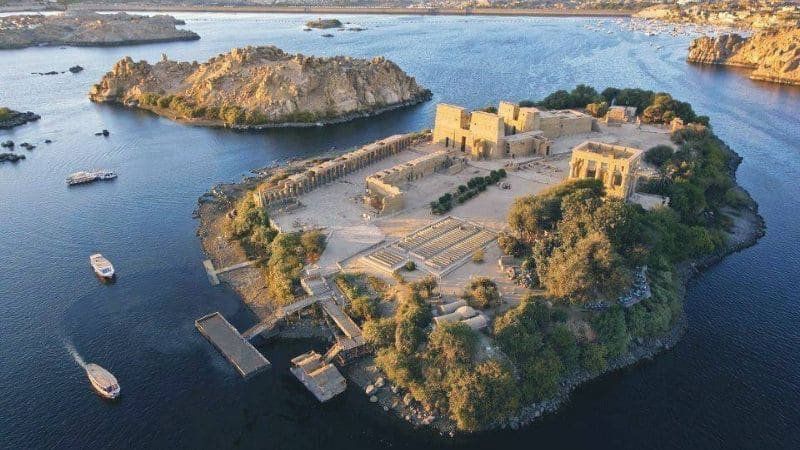 How can Aswan be reached from Cairo?

You can travel from Cairo to Aswan by sleeping train or by plane. It takes about 12-14 hours by sleeping train. This adventure starts at about 8 am and the arrival is at 9 or 10 am. So this trip includes dinner, overnight in a separate cabin, and breakfast the next day from arrival. There are single and double cabins on the train.

On the other hand, you can reach Aswan by plane. The flight takes about one hour and 25 minutes. These flights are available every day with different dates around the clock.

There are no direct flights to Aswan. Most of the flights pass Cairo from the desired airport of departure to Aswan. It is recommended to spend 2 or 3 days in Cairo for example, not to miss the most important sights of Old Cairo and then fly to Aswan for the Nile cruise or excursions.

It is also possible to start the journey from Marsa Alam on the Red Sea and then drive to Aswan by car. This trip usually takes 5 or 6 hours.

The sights of Aswan

The unfinished obelisk is the largest obelisk ever erected if it had been finished at a height of 41.75 meters, but when cracks were found, construction was stopped. The competent guide can bring Egyptian history closer.

Aswan dam consists of stones, rock, clay core, and sand. The Nile flooded the fields, therefore this dam was built. In 1964 the biggest dam was raised to the eighth wonder of the world. About 2000 engineers helped with the construction. The following countries like Russia, the USA, and France have also helped financially.

Philae temple stood on an island, but which was flooded. It was newly rebuilt on the island of Agilkia. You can reach this temple by motorboat. It contains many beautiful and breathtaking sights.

It was also called Kitchener Island or Gezieret El Nabatat. It is next to the big island Elephantine and can only be reached by motorboat and felucca. Mango, mahogany, and other trees are planted there.

In the Nubian Museum, there are many interesting exhibits from the prehistoric times of Nubia as well as from Pharaonic Egypt, which are worth a visit.

Plan to visit Egypt with your family?? don’t miss checking out our Egypt family tours!