Bayt Al Suhaymi in Cairo among the diverse building types in Islamic architecture, the house constantly changes and is eventually rebuilt in a relatively short cycle.

One of the best-preserved houses in Cairo City is Bayt Al Suhaymi, which overlooks a side street from the main street in the old Islamic district (Cairo), Al-Muizz Street.

Although a single house, it is a large, three-story palace built of stone rather than a small palace with the character of a small Alhambra.

Although there are no waterways in the courtyard, it forms a kind of quadrangular garden (Chahar Bagh) with a fountain in the middle; Just an oasis in the urban area.

One goes into the courtyard via a curved lane from the front street, protecting privacy. 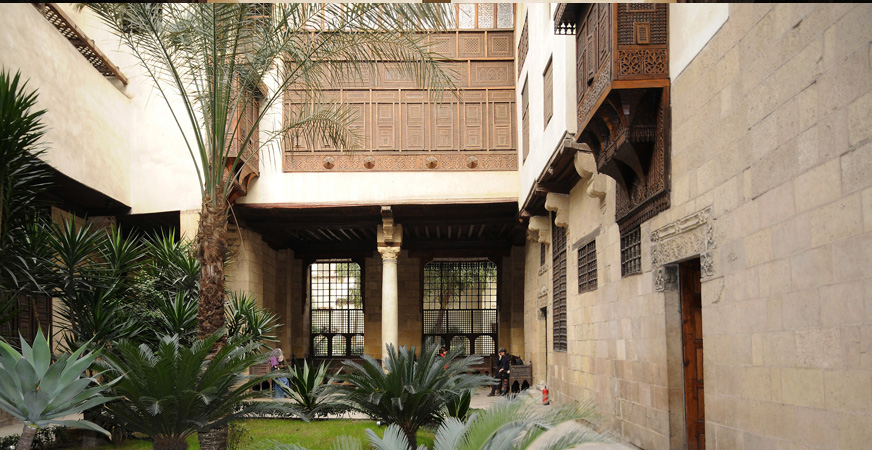 In place of the entrances of the Alhambra, there is a portico called Tathbash at the bottom of the courtyard and a north-facing balcony called the Seat on the second floor, both of which account for half of the Patriarch’s outdoor spaces for receiving or carrying visitors. Himself comfortable in the shade.

It is also clear from the features that the whole house consists of public spaces open to men (Salamlik) and closed private areas for family members (Harmlik).

The main spaces in the harem (harem in Turkish) are halls referred to as “halls,” which have a high ceiling and an aquatic center often furnished with a water basin.

The fountain acts as an air cooler, and its sound is background music. In winter, the stove is leveled with charcoal instead.

What attracts our attention most is the delicate wooden Mashrabiya placed on all the windows.

This is equipment to block out the intense sunlight and wind-blown dust and let the cool breeze through during the hot Cairo summer, and it is also a veil through which women can look at the courtyard and street scenes without being seen from outside.

There are many halls on each floor in the spacious Suhaimi House, but the function of each floor and the other rooms are not fixed.

To live adequately in a harsh climate, residents move from room to room according to the season of the year or the time zone of the day.

The room, whose function is exceptionally determined, is the curious bath (steam bath) on the second floor.

You get fantastic lights through small stained glass studded on the ceiling dome spread like a constellation. 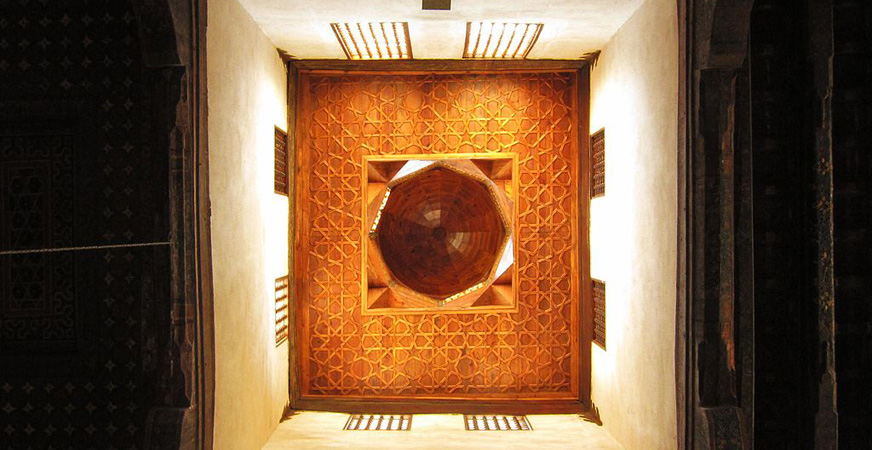 The city of Cairo is unparalleled in possessing such a massive historical legacy of architecture in the vast Islamic world.

Since the first city established in Fustat (now Old Cairo) in 642, Cairo has been thriving for over 1,300 years as the primary city to rule Egypt and its surroundings, concentrating great wealth on it and constructing all kinds of religious and secular buildings.

Strangely, it is Cairo alone, and no other cities in Egypt have historical Islamic monuments worth visiting.

In addition, many edifices built in Cairo very intensively, so it became very difficult to obtain traditional spacious land for the construction of new buildings, even for royal facilities, except for the foot of the Mokattam Hills.

As each site was overcrowded and irregularly shaped or highly distorted, such as in today’s crowded city of Tokyo, which buried in the urban fabric, one cannot see the building’s exterior except for its limited facade facing the front street.

Another reason for this, although not limited to Egypt, was that the houses were of the courtyard type. 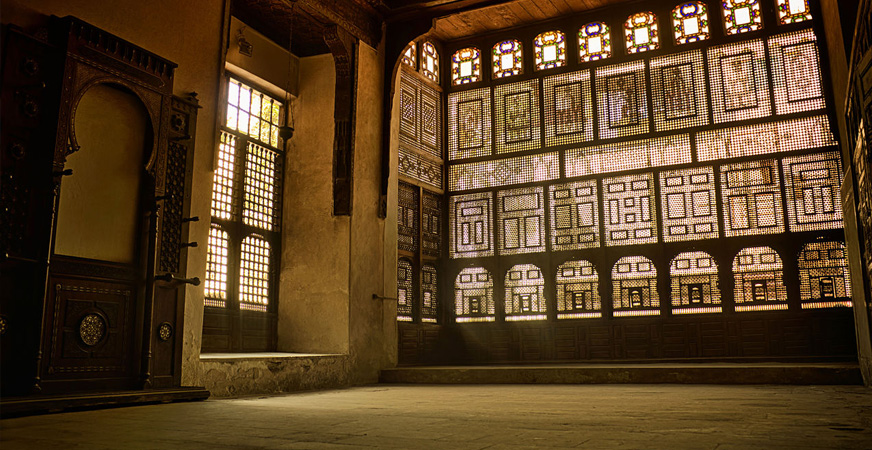 Since antiquity, before the advent of Islam, in the desert climate of the Middle East, people exclusively kept the home style and introverted lifestyle to protect themselves from the brutal forces of nature on humans, closing the perimeter of the earth with thick walls.

They had no windows except for entrance doors on the outer walls, where the light and air gain entirely through the courtyards.

As this traditional method has succeeded in private homes and all kinds of buildings needed by Muslims, every building has come to take an introverted plan centered around a courtyard; Mosques, schools, palaces, etc.

This is why we experience a very dreary feeling when walking through a residential neighborhood, where we find only long, inconspicuous walls continuing on either side of the narrow winding streets.

However, as soon as we enter the house through the entrance gate, we can find another area surrounding the courtyard, devised with different ideas to make it as comfortable as possible.

Book One of our Egypt Vacation Packages to Know more about Egypt History.